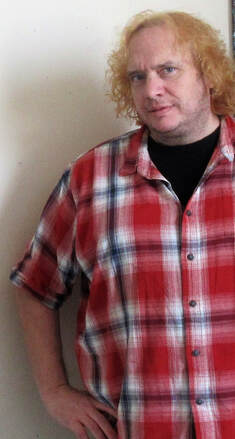 Carl Parker is a dynamic, Canadian artist, author and Autism advocate who creates paintings that have roots in Expressionism. His influences are Edvard Munch, Francis Bacon and Vincent van Gogh. Having been diagnosed with High Functioning Autism (formerly Asperger's Syndrome) at the age of 36, his life began to make sense and he decided to take his diagnosis, his talent and his brush and see what he could make of them.  A testament to what is possible, his art can now be found in private and corporate collections throughout the world, including Canada, the U.S., Australia, New Zealand and Europe. To date, he has shown his work in various cities including Toronto, Calgary, Florence, Italy and Paris.
​